Removal Proceedings is the term used to describe being placed before an Immigration Court to determine if you can remain in the United States.  However you come into ICE custody, you may first be detained and than request a bond from the Immigration Judge.  Bond amounts are determined by two things: 1) likelihood of appearing before the Court if released and 2) risk of harm to society if released.  Once released, you will be given a date to appear before the Immigration Court closest to your home.  If you are not detained, you will be released under an order of recognizance, and given a date to appear at Court.  Although Immigration Proceeding my seem scary, it is your opportunity to prove to the Court that you deserve to remain in the United States. This may be through a process called Cancellation of Removal for Permanent or Non-Permanent Residents, Adjustment of Status, Asylum or Withholding of Removal.  The Court will provide you time in which to file your application for relief and then give you a date for a hearing to determine eligibility.  Because of Court backlogs, the process can take years.

Unlike criminal proceedings, there is no right to a Court appointed attorney in Immigration Proceedings. This means that Immigrants, who have a limited understanding of the legal system as well as language barriers, are forced to represent themselves, against a Government lawyer. This includes minor children.

According to a recent study, Immigrants who hire an attorney to represent them in removal proceedings are five times more likely to win their case than those who go unrepresented.  Among unaccompanied children,  data shows that 73 percent of children represented by an attorney are allowed to remain in the United States whereas only 15 percent of unrepresented children are allowed to remain.

Always request a hearing before the Immigration Judge. In many instances, ICE or CPB will try to intimidate you into signing a voluntary removal order. If you sign the order, you have given up your rights to see a Judge. ICE or CPB may try to coerce you into signing a voluntary return by telling you that you will sit in jail for months. This is not true. Most individuals that go before the Judge are granted a bond. It is only in situations where the individual has committed a particularly serious crime that bond is not granted.

Hire An Immigration Attorney Right Away.

An Immigration Attorney can help reduce your bond or even have you released on your own recognizance. An experienced immigration attorney will also know what forms of relief you are eligible for which may allow you to remain in the US or even obtain permanent residency.

Attorney Charlotte Viener has been practicing before the Immigration Court for over seventeen years. Hiring an experienced Immigration attorney while in removal proceedings may be the biggest decision you ever make. Our office is always here to help. You or a family member can contact Charlotte directly at charlotte@neworleansimmigration.com any time if this situation occurs. She will respond to you immediately and begin to take the steps to get you or your loved one released from custody and prepare you for your day in Court.

If you have been placed in removal proceedings and would like immediate assistance, please contact the experienced immigration attorneys of Charlotte Viener & Associates. 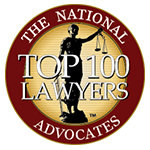 Charlotte Viener & Associates is a New Orleans, Louisiana based law firm that has worked exclusively in the area of Immigration and Nationality Law for over twenty years. We represent immigrants and employers throughout the United States and the world.

Our attorney's are also compassionate and caring and understand that navigating the Immigration laws can sometimes be overwhelming.  We will not only fight for you but hold your hand, if needed, throughout the entire process.

In addition, our office offers Flat Fees and Payment Plans with no hidden fees. You will have access to us 24 hours a day and 7 days a week either in our office, on the phone or by email.  It is part of the service we offer and is included in the flat fee we quote you at our initial consultation.  Please review our google reviews below to hear about our client's experience working with us.

Charlotte and her team do a wonderful job and are essential for navigating the confusing waters of US immigration. She assisted our family greatly with our immigration case. I have since recommended her to many friends and they have found her to be professional, efficient and courteous.
C. Wilson
I've had a complicated situation with my immigration status and no one wanted to take my case but Charlotte did. She helped me deal with it the right way. She gave me directions and it helped me solve my issues.
E. Krutov
I just became recently an American citizen and I have to thank greatly to Charlotte. The USCIS screwed my case and Charlotte was instrumental for me to appeal. I was not going to do it and start all over again but she convinced me to go ahead. Thanks! She is a pleasure to deal with.
E. Casillas
Estoy muy agradecido con la abogada Charlotte porque ella me ayudó a obtener la Residencia para mi y para mi hija. Es muy profesional.
O. Elias
My husband and i needed an urgent help regarding my visa situation and we are very happy that attorney Charlotte Viener helped us to everything we needed so fast and made it easy for us. We are very satisfied and definitely will recommend her service to my family and friends!
J. Machida
Charlotte Viener (& her staff) saved my life!. I have been living in the U.S for over 30 years, hold a green card, have never gotten into any trouble with the law and all of a sudden found myself facing deportation for something that had nothing to do with me, but with my (ex)husband. I went to her office crying and asked her to help me and she was very compassionate and professional at the same time. We won our case and now I am free to continue to pursue my American dream. Thank you Charlotte.
C. Gallop
Translate »
X